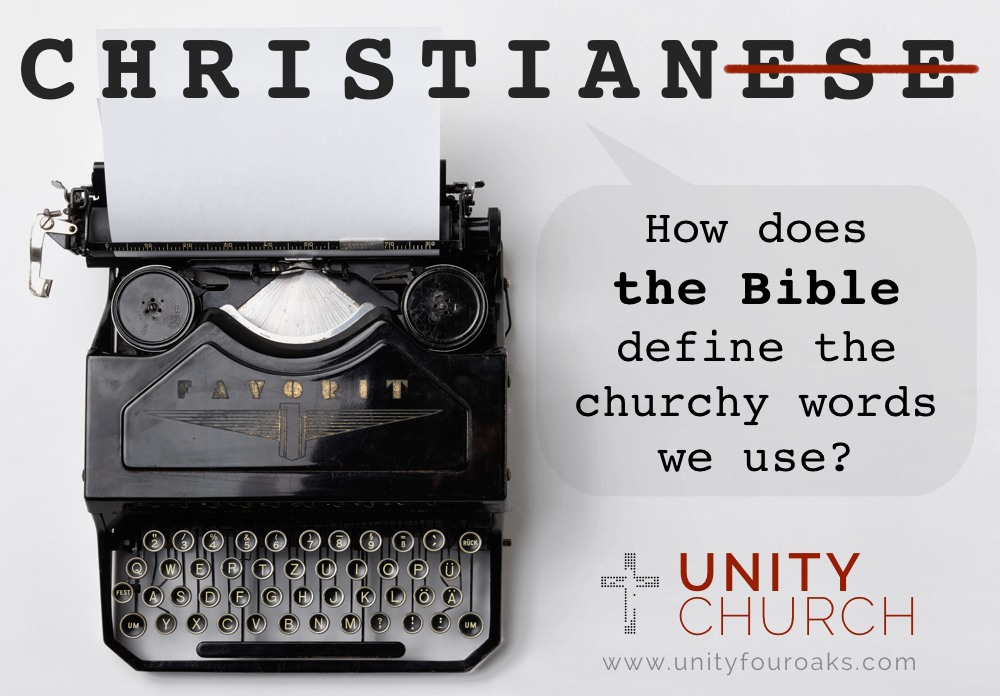 Christianese is a sermon series tackling some of the churchy words and actions we use in our worship and everyday lives. The goal is to ground our understanding in Scripture in order to obediently live by healthy doctrine to the glory of God. As a result, our Christian living will be just that: Christian rather than a godless subculture of language and routine.

(Church members submitted questions they had regarding words, actions and doctrines. The following sermons were given in autumn 2016 to answer their questions Biblically.)